The fashion world has become a lot more physical recently... 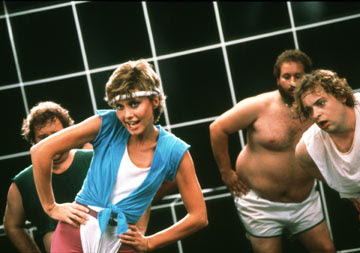 And I don't mean that Olivia Newton John cutesy type of physical. I mean the fiesty, fist fighting type of physical.
I stumbled across an article about fashion feuds and was disappointed at what I discovered. Either us mode one's were being smashed in the skull by Hollywood bullies or  we were the ones displaying pathetic acts of violence via cell phone. 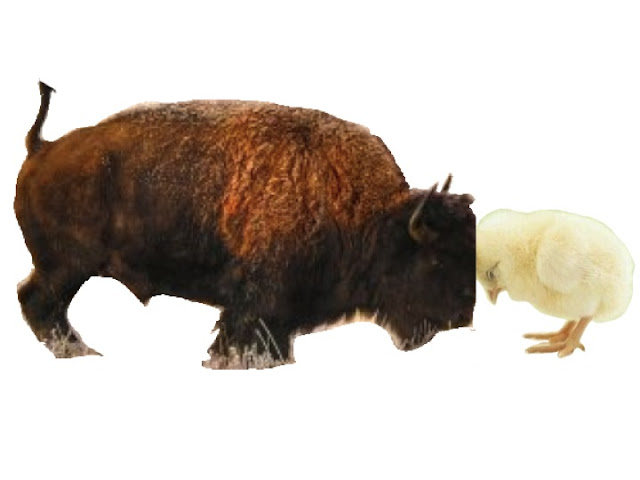 Top model, Naomi Campbell, assaults her housekeeper with a cellphone. 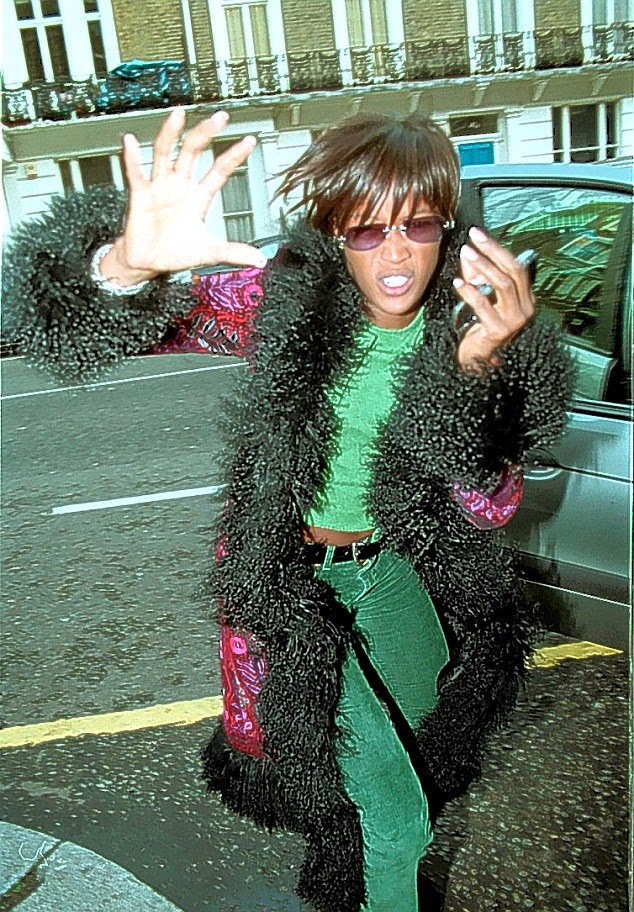 Naomi defends her actions by claiming she thought the housekeeper might have stolen her jeans. Really, Naomi? You couldn't come up with a better story?? I mean we are talking about the same creative genius who thought of using her cell phone as a punishment device.

Tommy Hilfiger slugged Gun's 'n Roses' front man, Axl Rose, in order to defend his brother's honor. At least that is a more justifiable reason to fight (besides who wouldn't want to pummel a guy who wear's outfits like Axl). BUT Hilfiger got out of this one lucky... yeah, he beat up a guy named Rose but could he win a fight against his friend, Guns? 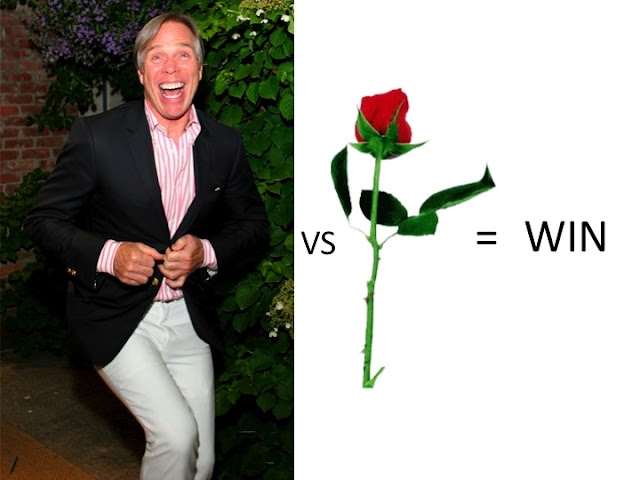 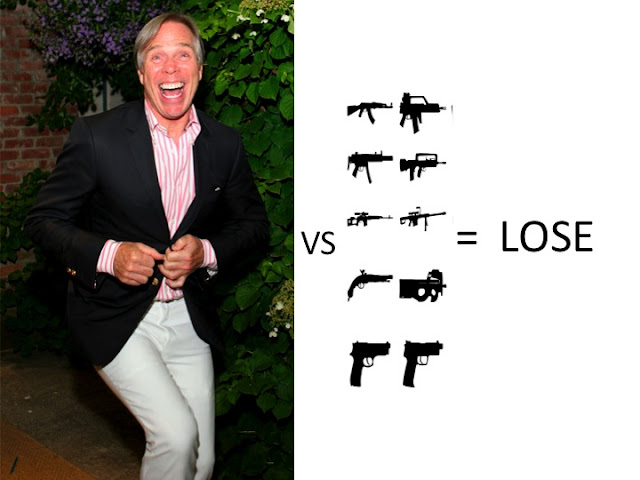 Unfortunately, we can't all just hope to luck out like Tommy did.  When are we fashionistas going to man up and learn how to fight? Well the answer is we aren't. We will never be as tough as those head butting Hollywood psychos. BUT there is something we can do about our lack of muscles and fighting capabilities...
USE SCARE TACTICS!!
Luckily, we have some friends on our side... killer accessories. Crime fighting deterring never looked so sexy.
Scary Shoes: 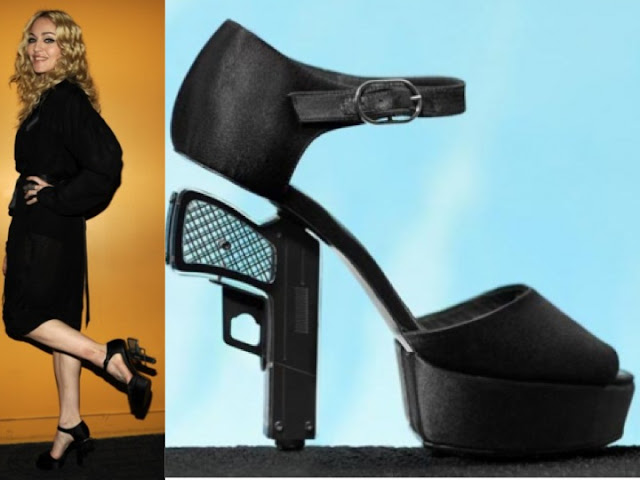 Madonna will scare any potential predators in these Chanel pistol pumps. 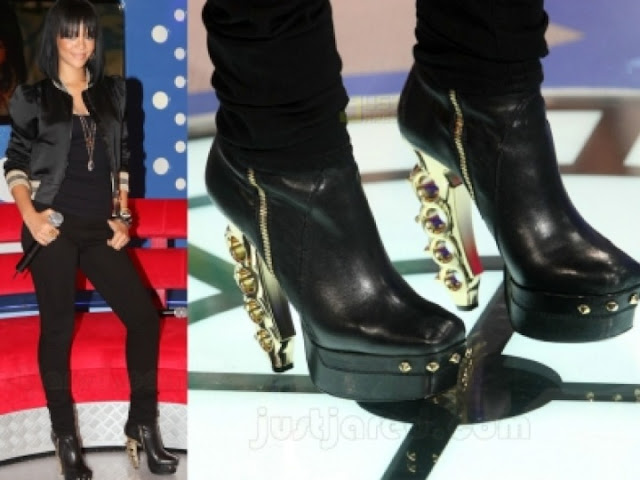 Rihanna has the right idea with these Dsquared2 brass knuckle boots.
Bone Chilling Clutches:
Gloves that pack a punch:
Try wearing Chanel pistols pumps and Givenchy studded gloves with an Alexander McQueen brass knuckle clutch by your side. I guarantee no one, not even Naomi, will mess with you.
Posted by Tess at 11:53 AM

What a hilarious post! But yea, when Sutherland headbutted McCollough, I thought "not cool."

Mmm, those shoes and gloves are just way too cool! <3 They would give a huge ego boost for a XS girl like me. :D Grrrrr!
Oh, but I already have my "wolf pumps" - they should do the trick also!:

And I loved this post as usual. You write so well and in an interesting way. :)

ur blog is kinda funny:::D

LOVE THOSE STUDDED GLOVES!! Thanks for commenting on my blog and for following! Following!

Wow! I'd not heard of this before. Such a creative post.

Love this post! SO true, I could kick some serious ass in those Chanel pistol heels! xo

My friend recently featured some shoes that would likely go well with your theme, haha. I mean, you can't really get more "don't mess with this" than porcupine shoes.

Funny post but i have to agree with you. especially the shoes are very detailed and special, there always will be more and more freaky shoes, they can't get more :)

Check out my Give Away @
http://hotfreezingfashion.blogspot.com/
Sharing Lots of Love n Fun!
♥♥

This post is so hilarious!
But the previous one on How to Hook a Prince is hands down my fave! :D

I love this post, Ha! I love the clutches you've chosen.

Now following you- Hope you can follow back!
http://fashionafffair.blogspot.com/
xoxo

I love this post, Ha! I love the clutches you've chosen.

Now following you- Hope you can follow back!
http://fashionafffair.blogspot.com/
xoxo

Those boots are totally amaz! I seem to find a lot of spicks in right now,so the wallet and gloves are fab. What a great defense! LOL.

thanks lovely for following my blog! i'm now following yours too and on twitter :). and lol! wow, i really love your posts, and the hilariousness behind it. def agree about the physicality of fashion :P.

Haha love your blog! You are hilarious! I just followed you! Please follow me as well :-)

THE GUN SHOES, oh my goodness they are amazing. Madonna is so cool.
Thanks for your comment, I've been reading back through your blog and I really like it! Witty!

I love Rihanna's shoes and both the clutches. But I don't know how anybody's supposed to HOLD the Burberry with turning into porous human, spurting blood.

Love this post...haha...its so funny what happens in the fashion world XD And those pieces are great :)
http://aclosetfashionista.blogspot.com/

LOL, oh my gosh, first fashion blog (or possibly any blog at that!) that has actually made me laugh!

Thanks for sharing with the world!

Heiii!!thank u so much for your comment on my blog!!i follow you too!!
amazing blog,i love Mcqueen! :)
kisses from italy!!

Thank you so much for your comment! I'm totally head over heels for your site... I have LOL-ed 3x already and I'm only on the first page. So glad I found you, keep up the great work!

LOL I love this! The buffalo head butting the chick was amazing.

I'm a fan of the tough accessories, because in reality, I'm not so tough. I will always admire tough people, but will never admire the violence. :)

Thanks for the comment by the way, I LOVE turquoise shoes!

thanks a lot for your comment! im following you as well & i love the heels with the gun!
xxxx

this is so funny! i love the killer accessories, they'd make me feel hardcore haha xx

i love your blog! i follow you :D
kisses from italy

thanks for letting me know there wasnt a follow sign on my blog-ive updated it now. phew!

Definitely following your blog as well. :-)

i love this post! i pity McCollough though =( lovely blog! following you, hope you can retur the favor, thanks! =)

i love the black gloves !
i have just found your blog and like the way to set it out, do you think you could give me any tips ?
Ashley
http://wise-rabbit-says.blogspot.com/

thanks so much for following :) im so happy you did because i love your blog! you are hilarious!
i am following you too :)

love this lol so funny! thanks for stopping by my blog and putting me on yours :) its awesome!

Omg you cannot be serious about this violence. Unreal. Regardless, I LOVE both of those heels and the Phillip Lim gloves are to die for. I love your blog!

The Burberry clutch is INSANE!

Those gloves are super cool.
Keep it up with your blog and thanks for sharing!
All the best
Midnight Couture Girls

Haha...too funny. Tommy H. vs. Axel...Hilarious. Sutherland's head butt...strange I thought and not cool. Thanks for commenting my blog. You are so sweet. Your blog is so witty and fun. Following you now:) xx Marisa