Bridget Foley of WWD recently wrote an article "Is Fashion An Endangered Species?"
I can't read the article since I don't have a subscription to WWD but I found the title itself quite intriguing. I now will present to you what one would assume the article was about...
As the title preludes, fashion is indeed a living species.
Legend has it that this species, known as fashion beasts, are a half human half lion hybrid.

They are raised to learn the difference between the mode (fashionable) and the demode (unfashionable).

In their pubescent years they scour the streets to prey upon the demode ones in order to keep the delicate fashion ecosystem balanced. 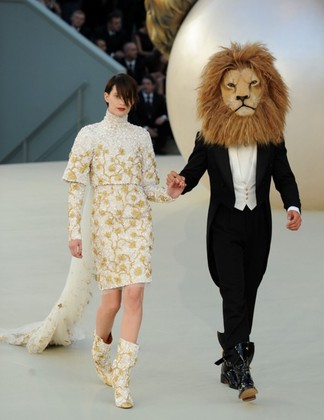 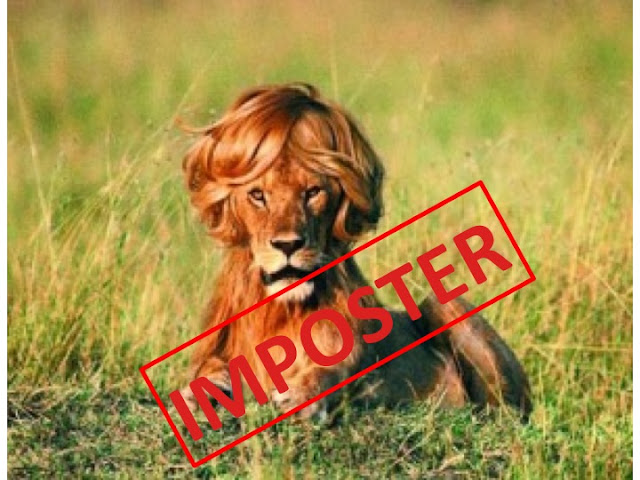 A lion wearing a wig= not a fashion beast 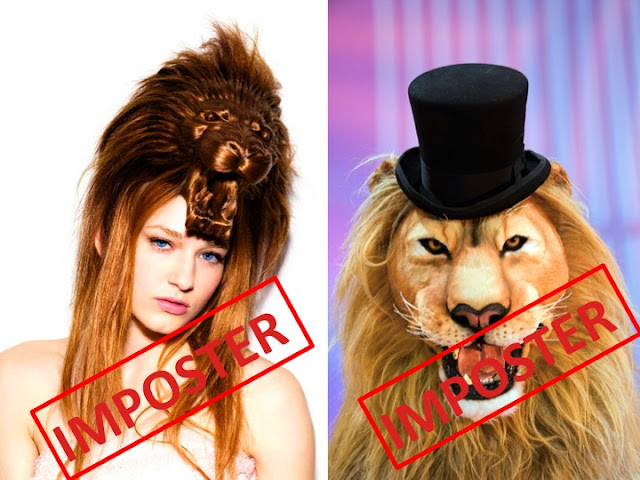 Due to the decreasing number of fashion beasts, the demode population is running rampant with no one to stop them. 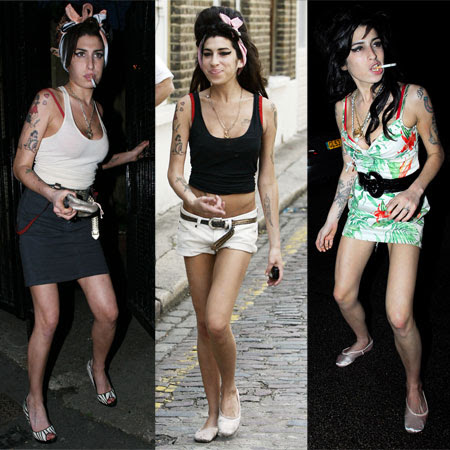 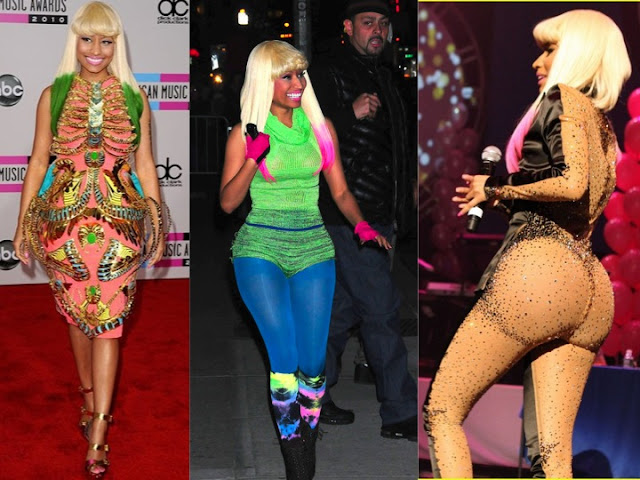 
Something has to be done to keep balance in the fashion ecosystem. I don't think I can handle seeing any more assless glitter pants.
On another note, if there is anyone who was actually able to read the article "Is Fashion An Endangered Species?" I would love to know how close my post was to the article.
Posted by Tess at 12:03 PM

Thanks for following my blog!, I love yours as well and am now following!

Oh gosh, this is so funny, where do yo get all those ideas from? they are hilarious!

Haha, this is hysterical! I wonder where Gaga falls into the mix.

aw thanks! I'm following you too now.
haha, and great post.

wow, that's all i can say. you have a cute blog. following you now, hope you do the same.

Just came across your blog and am a huge fan! very awesome posts you have shared!

Oh man this was HILARIOUS. Totally made my day.

I didn't read the article but yikes what scary pics. Especially the ones of Ke$ha.

For every Lady Goodman. said...

nicki minaj makes me gag. literally. thanks a lot for the glitter pants picture. and the last sentence totally makes this whole post. <3

You have an amazing blog!
X

Ha, so funny.
Amy is definitely the worst for looking so skanky - but hopefully she'll get it together soon :/

i like your blog very much !
i'm your newest follower !
Check my blog out !

Love the photos! Brought a smile to my monday :) xx

Some people really destroy fashion with their choices, especially the ones in the last pictures! Loved your post!

Thanks for your comment, of course I'm following you now too :)
By the way I loved the Chanel Haute Couture fashion show so much!
xoxo F
http://itsnotjustabag.blogspot.com

this is an amazingly well written post. yes u are right there are many fashion imposters who seek attention and seek to shock. total shame.
xoxo
mina

I like your interpretation of the title. Love the photos! & I didn't realize Nicki Minaj had such a huge butt... haha

Kesha always gets it wrong.

Hi wow, I love your blog. Cool editorial. I love your writing style...it's very, well I can't quite think of a phrase interesting enough to put here but it would make uncle karl tres proud. I agree the ass pants have to go. uuh! C'EST DEMODE!

haha oh gosh, you are great! I love Nicki Minaj, especially her badunkadunk but I'm kind of scared of it at the same time haha

This is hilarious! Definitely will be following your blog on bloglovin!

Haha! This is hysterical, and I'm with you on the assless glitter pants! Not so pretty!

pat yourself on the back

haha! This gave me a good chuckle! I love the photos you used to illustrate this... and the end line... about assless glitter pants? Well, it can't be topped!!! (Yes, three exclamation marks. Very deserving of each!)

would love to read the article myself too

This was a hilarious post you know. I did not read the actual article but it can't be more entertaining than yours. :) Who is Nicki Minaj BTW.

Look forward to hearing from you

thanks for stopping by :)
http://www.materialtherapy.blogspot.com/

I am actually crying because this is soooo funny...even my husband laughed out loud...and he is a tough crowd.

Omg this is great!!

Sorry, didn't read the article.
Anyway, i think Nicki Minaj has some kind of orderliness when it comes to fashion.
She's the only one who looks well together.
I really am not a fan but i just though so.
Omg, the post is so funny!
I love it.
Although, we are criticizing these people fro being DIFFERENT!
Not dressing like the rest of us. Funny anyway

lol! you are too funny.. I actually really like the first photo on here.. <3

Absolutely brilliant post! Those lion/human hybrids are definitely going to haunt my dreams, possibly while wearing assless glitter pants. So, thanks for that.

I went back to your older posts and I love this one too!

Hi, I am a fashion design student at AAU and run across this blog while doing research on this very article. I just thought I would put my twocents in. I do have access to WWD.com and the article is about how the general public's focus is no longer on the garments themselves, but rather on who's wearing them. The focus should be on the different elements of design not the high rank social status of who's wearing it (like celebs). People are missing the whole point of the design and the artistry behind it.

The opening paragraph was (in exact words): Fashion with a capital F. The kind produced by the masters of the genre, and that used to be celebrated for its artistry, its provocation, its trickle-down influence, the dreams it inspired- has that kind of fashion joined the ranks of the bighorn sheep and the West Indian manatee? Which is to say, is it endangered?

This article is a great one to read! You should look into a subscription to WWD, it's worth it! Hope this helps!

Re: the Lion and the imposter...

It's the best laugh I've had in ages!